Many Internet Service Providers choose to block Port 25 - the port that usually carries outgoing SMTP traffic - as a method of preventing email spam on their networks. However, blocking port 25 can leave your mail application unable to authenticate with, or send any traffic to, its assigned outgoing mail server. Implications of Blocking Outgoing Ports Except Ports 80 and 443 draft-blanchet-iab-internetoverport443-01.txt. Users are often connected to Internet with very few outgoing ports available, such as only port 80 and 443 over TCP.

Link. What Hardware version is your router? Look at sticker under the router case. LinkWhat version is currently loaded? Found on the routers web page under status. What region are you located?Internet Service Provider and Modem Configurations.

What ISP Service do you have? Cable or DSL?. What ISP Modem Mfr.

And model # do you have?Additional Info:How to Block a specific port using Access Control:How to set up Web Filters:How to Block FB:Web Filter How To:Specific Port Blocking: Use Block Some Access/Apply Advanced Port Filters/list. Hello Furry, and thanks for your reply.Here is some information on my system:DIR-655 - Hardware version A4 - Firmware version 1.37NAHere is a screenshot of the Access Control of my router, which i have added a policy to my NAS:As you can see, i have blocked all ports except port 1194 (which is openvpn) But i have run into an issue. I am also using a program called Flexget, which runs a script, many times a day. And i can see in its log file, that it cant do URL lookups. So i am guessing that i am blocking dns requests? So how do I, let's say, allow VPN traffic, and googles DNS (8.8.8.?

your LAN = 192.168.1.0/24. to Google's DNS on 8.8.8.8 (53/udp). some unknown external address w.y.x.z (1194/udp) which represents the external OpenVPN tunnel endpointHence you have to block anything else except the above. And this only works if w.x.y.z is a fixed known address, because you have to build your rules around this address.From your current rules syno1 and syno2 which seem to allow the OpenVPN connection, I draw the conclusion that 'w.x' in w.x.y.z is greater than 192.168. Hi again,my assumption above includes an error in reasoning: Of course LAN internal traffic bypasses the routing/filter process in your router, hence 192.168.1.0/24 doesn't have to be excluded in the filter rules. This is just what i was looking for. But when i enter the rules, my vpn client disconnects after 10 seconds.

Telling me that it cannot establish a connection. And i can see that the vpn server that i use, have 4 different IP addresses. But when connected to the vpn server, i could see the IP address i had, and i entered it in the rules.but this just made it disconnect.pretty strange. I dont REALLY need googles DNS. Couldent i just write 192.168.1.1 in the DNS fiels of my network setup? Instead of the google DNS?

And then delete the google dns rules in my router?Again. WOW this is an awesome piece of work you done here. I really apprechiate it!! Hi,yes, if you configure your NAS to use 192.168.1.1 for DNS resolution (given you activated DNS relay function in your router), you wouldn't have to write filters for Google's DNS server 8.8.8.8 - this frees up limited rule space for other purposes.Can the 4 vpn server addresses be aggregated to some minimum sized IP range encompassing those four addresses, say w.x.0.0/16? When saying 'the IP address i had', you obviously mean the IP address your NAS is using inside the OpenVPN tunnel.

But this address is irrelevant to the configuration of your router's filter list, because it belongs to IP packets encrypted via SSL inside the VPN tunnel. Hence it is invisible to your router. Your router only sees the 'outer' IP packets transmitted from/to your NAS's address 192.168.1.52 to/from the VPN server's IP address which may be one of 4, if I understood you properly.Your NAS's OpenVPN client might have some configuration file as specified.

If so, look at 'remote' entries that list the possible VPN server addresses (or DNS names that you have to resolve to find the addresses).PT.

Just wanted to get a feel for everyone's opinion on this: Currently on our firewall we block all outbound traffic except 80 & 443 and a few other usual suspects. This is good cause it's locked down but it does cause the occasional problem e.g. A visitor on our wifi uses a proprietary email or VPN client or something and needs a different port outbound opened up.

I've seen organizations allow everything outbound. Just curious what everyone does in their organizations cause on the one hand it's more locked down but on the other it makes the occasional inconvenience as mentioned above. Thanks in advance.Edited Jun 5, 2014 at 15:47 UTC. We have a strict Internet usage policy, but we allow most kinds of outbound traffic; HTTP, HTTPS, H.323, FTP, etc.Basically if there is a business need for it, we set up a firewall policy for it, quite often based around NAT rules so the IP addresses for a specific protocol and/or set of ports are governed.Our VPN traffic is only by authentication, and the clients have to be set up by a member of my team, before the device(s) are handed over to the end-user.I wouldn't allow ALL outgoing traffic without some sensible boundaries. I see my role not only as a facilitator, but also as a protector of the realm, as it were.

ToddinNashville wrote:You say you only allow 80 and 443 out? Your company doesn't use email?It's good practice to have your egress traffic going through some kind of content filter, DLP, or IPS/IDS, but blocking almost everything seems pretty counterproductive.Standard firewall configuration these days is to allow egress traffic (pretty much unrestricted) but only allow specific return traffic (by stateful inspection rules). thanks, yes 80, 443 and a few other standard ones like email, I forgot, thanks, edited OP.Edited Jun 5, 2014 at 19:33 UTC. I allow everything out but take heavy heavy logs. If I had the space I'd run packet captures on a 30 day cycle, but then we'd be talking petabytes of space, so can't do that. But yea I run heavy logs from my ASA as well as workstations and Servers (switches are in that mix as well but they generate almost nothing for logs). Every now and again when I'm at home I'll run a raw stats report and see where everything's going and on what ports. So far I have seen no evidence that allowing everything or disallowing almost everything would have changed any security woes I may have had.-l0ft.

For endpoints (read desktops and laptops) they get 80 and 443 and 21 with a shitload of URL filtering and IPS/IDS.Everything else is as and when needed i.e. DCs get DNS and NTP, vSphere hosts get NTP, Exchange gets SMTP etc.I can count on one hand how many times anyone has needed an exception to this and candidly I always cringe when I read threads where people stick with 'allow all' access because unless you work somewhere very niche I think this is generally done out of laziness or lack of knowledge vs. I block some common offenders, and rely on application intelligence to handle the rest. If you keep a close eye on things, you can spot issues pretty quickly.Depends on the environment. If you have someone watching your firewall, and have some type of application intelligence, you can get away with some minimal restrictions.I ALWAYS block port 25 outbound from anything but the Exchange server(s). Not many of my customers have been blacklisted, and the ones who have bypassed the controls. I also have been pulled in to block Dropbox, skydrive, and other file sharing platforms to keep people from exfiltrating data.Beyond that, it's hard to block much else without some kind of dynamic subscription service that gives you visibility into where the ports are going. 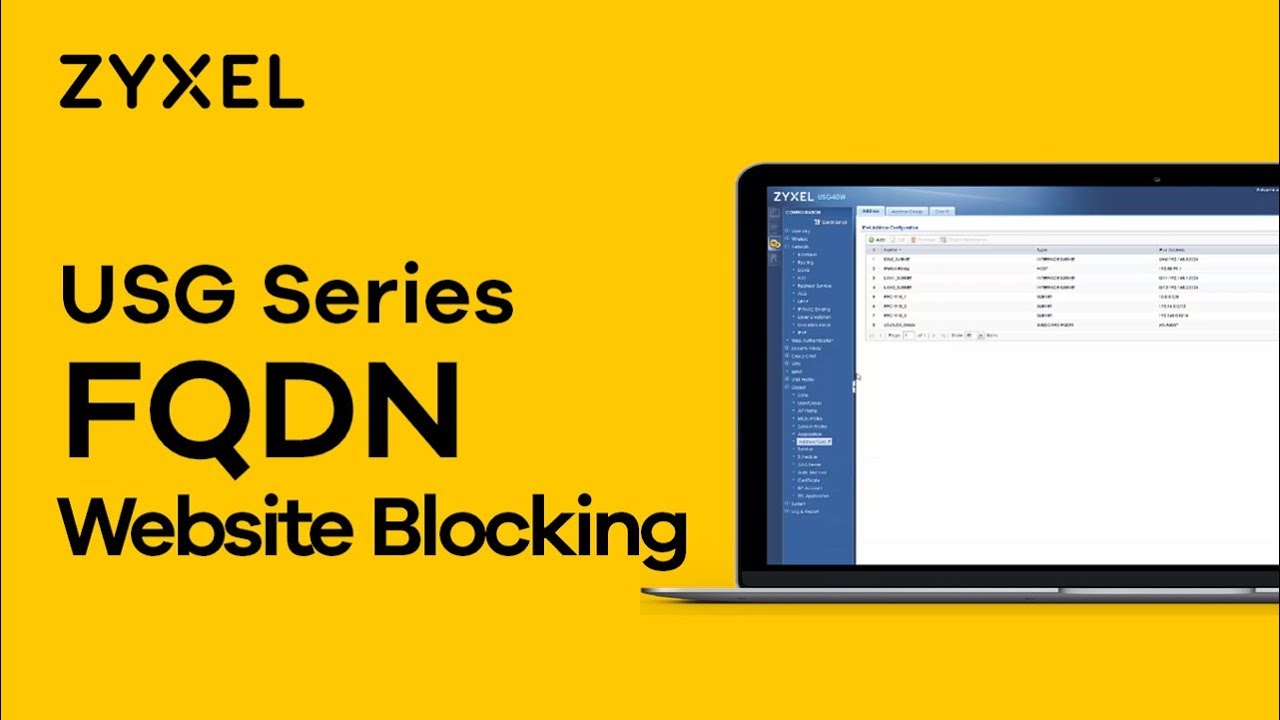 Good content filtering and application rules can save you a lot of administrative headaches. But, if you have a 'Trust nobody Mr. Mulder' mentality, and the other controls aren't available to you, blocking ports is a good place to start. Hello Everyone,I work for a non-profit company, and over two weeks ago we got hit with a botnet, and the same day found the computer and took it out.

We have since closed port 25 for everyone except our exchange server at the firewall. I have gone to every blacklist site and delisted where they would allow, but still cannot send e-mail to gmail, hotmail, yahoo mail and it is killing us since some of our donors use those avenues to communicate. Does anyone know of a way to get off these lists, I have submitted forms to all three with no respone from any of them and we still cannot send e-mails back to our clients via any of those three. Correct me if I'm wrong (no, really, please do), but locking down just inbound doesn't.really. do a whole lot. 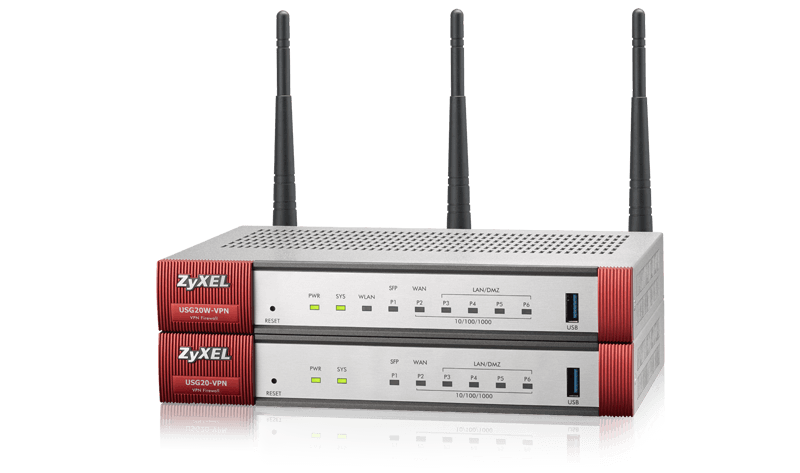 Sure you are keeping outsiders from blatantly walking in, but don't most attacks start from the inside? Don't most attackers just email your users the payload, wait for it to call home and ride the return traffic in?Here's the fuzzy (for me at least): don't most firewalls allow in traffic if it is an ACK from outbound traffic?

-once that happens it doesn't matter what your inbound does/doesn't do.Exactly. As long as your traffic is being natted there is no way for inbound traffic to reach your LAN unless you have ports forwarded or the message is a reply from a device within your LAN. It makes more sense in my head to block outbound traffic, this leaves nothing to chance.

If your blocking inbound then for example infections on your LAN could still potentially call home to the mothership.